Do you agonise over person when you start out on a story? Your choice of first person (”I”) versus the third person (”he” or “she”) suggests a whole set of possibilities and restrictions. In this post I’ll be replaying a few of the basic arguments about choice of person.

First or Third Person - The Basics

Third person narration enables you to hop between characters should you wish. You can shift your narrative’s point of view as you move from chapter to chapter, from one paragraph to another, or even with a single sentence. On the whole, most narratives stick to a small number of point of view characters, and tend to make transitions as clear as possible. However you make the shift, you can create a rich story with multiple voices. You can also reach all the corners of your stories. You can pop into a victim’s head in the moments before his murder, and then hop over to the detective as she arrives at the crime scene.

A first person narrative tends to limit you to one viewpoint. Your narrative is filtered through your point of view character’s senses. If she doesn’t see or hear something, then you usually can’t show it. That’s why first person characters are forever hiding behind curtains, and listening in at windows. Or they’re hearing stories recounted by conveniently articulate friends.

In the third person story you can make the narrator seem to disappear, become impersonal. In that seeming-absence you can conjure the illusion that your reader’s relationship with the point of view characters in your story is unmediated. With this highly focalised approach, sometimes known as third person limited, the narrative is tightly bound up with the perceptions of the character, and there seems to be little standing between the reader and the character. This engenders a sense of immediacy.

In another third person variation, you can opt for an omniscient narrator. This narrator is not personified as such, but exists outside of story’s characters as well as within them. It can pan out to see things a character can’t, and comment ironically upon any character’s thoughts and actions.

In fact, typically, a third person narrator will slide between the omniscient (godlike) and the focalised (close to the ‘he’ or ‘she’ character and his/her thoughts). Even when closely identified with a character, a narrator may kick off a scene with a ‘long shot’ that the character cannot strictly see, or may portray a character from without as well as within. This issue of proximity to characters is one I’ll cover a little in part two.

In fact, in some circumstances, a first person narrative can distance you from the point of view character.

On the other hand, a first person narrator can make a virtue of this distancing effect, and foreground the present moment at the expense of his past self. John Banville’s The Sea is a good example of this. The story of a childhood tragedy and a more recent bereavement are shown from the perspective of a man in late middle age, struggling both with the mutability of memory and his own mortality. So here the trade off is between the dramatised voice of the narrator and unmediated access to characters within the story.

Another distancing element in the first person character is the unreliable narrator. Because we experience the narrative as the voice of the character we might seem to be particularly close to him or her. But we can can be distanced if that character is actively deceiving us or themselves. In that case, our understanding of that character is limited by the version of themselves or their world that he or she is willing to offer us. Gone Girl and Lolita are both excellent example of this mode.

Another variation of this is the comedic buffoon. Such a character is not (necessarily) trying to fool the reader. They are themselves hopelessly deluded. In these cases the reader knows more than the narrator and the comedy flows from the narrative character’s limitations and confusions. A great example of this is Diary of a Nobody by George and Weedon Grossmith. In a similar vein is The Secret Diary of Adrian Mole Aged 13 3/4 by Sue Townsend. 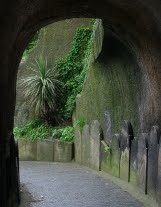 Get to a character’s core with this R...

There are many character questionnaires and exercises out there. I like to interview my characters when I’m stuck, and I have a list of questions I ...