This time in The Take Away I look at a podcast lecture (transcript) on screenwriting (and by extension any kind of storytelling) that turns much story structure advice on its head. Craig Mazin argues that the writer should think of the fraught relationship between character and a central argument as the engine of story. Traditional story structures — the kind you read in writing manuals — find shapes in plot. But unless these shapes are driven directly by the struggle of character, he argues, they will not make a good story. Simply to apply a structure as a formula is a fetishism — a kind of cargo cult.

The Scriptnotes podcast is always worth a listen. For all writers, not just screenwriters, it ticks both the entertaining and informative boxes. The format is conversational and relaxed, reliably following (having helped to create, really) the two men and a mic formula. John August and Craig Mazin, of course, are seasoned creative professionals and it shows. For this episode, though, co-host Craig Mazin tried something different. He took over the podcast solo for an episode to lay out his philosophy of screenwriting.

Here is the take away of the take away. Story diagrams — with their inciting incidents, their midpoints, their third act low points — are the tail and not the dog. The dog that does the wagging is the trial of a character negotiating a central argument.

Great writers follow their characters as they negotiate a meaningful dramatic argument.

Stories are about characters and change — internal (within the mind of the character), external (generated by the wider world) and interpersonal (in the relationships between characters). Change is expressed in scenes — following the Hegelian dialectic.

That might seem obscure – but really all it means is that a story, both as a whole and in its its parts, is an argument in which a particular understanding of the world (thesis) is challenged in conflict with an opposing understanding (antithesis) resulting in a new situation and perspective (synthesis).

Theme (unity) / central dramatic argument is the glue that you can use to generate these cycles of change and reconciliation. See Aristotle’s Poetics for more on this. Without argument, a narrative can seem empty. Interestingly, the quality of a story’s argument is unrelated to quality of a work — great stories can spring from facile arguments (of the You Can’t Judge a Book by its Cover variety).

Argument is a better word than theme here, because it captures the requirement that there must be a proposition that can be asserted and challenged and not just a word that loosely organises the action — like loss or exile.

So, with that established, let’s look again at story. Mazin follows a fairly familiar three act structure, but focuses on the protagonist and his or her theory of the world. The purpose of the story is to take a character — through action — from ignorance of the truth of the theme to embodiment of the theme. It is an ongoing battle between theme and anti-theme.

The ordinary world is not (necessarily) mundane. It is a state in which the protagonist has reached an accommodation — not perfect, but acceptable. The character believes the opposite of the story’s argument — and this belief is essential to the maintenance of the status quo.

This is not just a disruption — it must be engineered to strike precisely at the character’s understanding of the world. So Marlin (Finding Nemo), who believes he must protect his disabled child at all costs, sees Nemo taken away from him. The character must then attempt to get back what was lost. Shrek seeks to regain his swamp and return to his splendid isolation.

This is a quest for restoration not transformation.

The protagonist should be confirmed in his/her world view when surveying the central argument. So Marlin encounters some friendly sharks, but realises, when they turn violent, yes, the sea is brutal and unforgiving. But the character should, nonetheless, encounter a voice of doubt. While this represents a conflict, it is also a temptation — an almost attractive alternative view.

The character questions his or her rationale, flirts further with the right side of the central dramatic argument. Then gets ferociously slapped back. The alternative viewpoint is ‘proved wrong’ here.

And yet the world (ie you, the writer) must keep pushing the character. He or she may not accept the central argument, but their own perspective is consistently unsuccessful, too. Eventually, the character must lose all faith. All is lost, not because things have got very bad, but because there is no longer a belief system that works.

Confront the protagonist with the option to return — but they must now understand the implications of that victory (think about Shrek’s lonely return to his swamp). At great cost, then, they commit to the central argument. A hundred last minute romance chases ensue.

Accepting the central argument does not come for free. It must be forged in sacrifice – or at least great ordeal. This is the point at which loved ones ‘die’ and are resurrected, rebel pilots put away their targeting computers and trust in the force. This is the moment of truth. The moment that tests the protagonist’s faith in the theme.

It’s no good playing out an argument if we don’t get to see the consequences. This is the synthesis in that thesis, antithesis, synthesis cycle. This should mirror the ordinary world phase. Just as we saw the protagonist acting in accordance with the anti-theme, here they take an action that reflects their adherence to the theme.

Photo by Jonathan Sharp on Unsplash 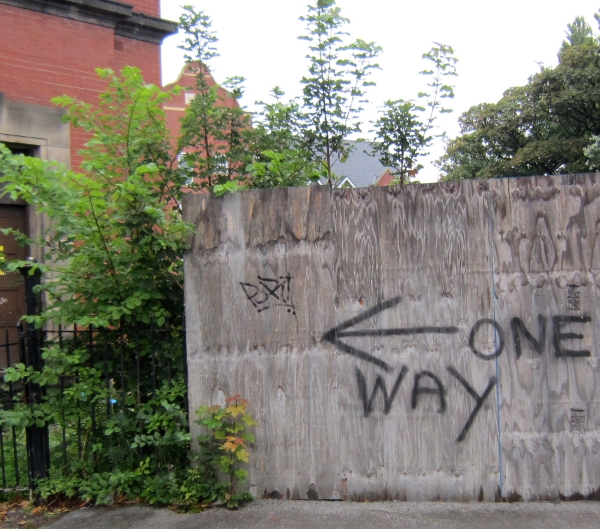 In preparation for NaNoWriMo, I have been reading Story Engineering by Larry Brooks. It’s a useful book, especially when it comes to pinning down story struc...