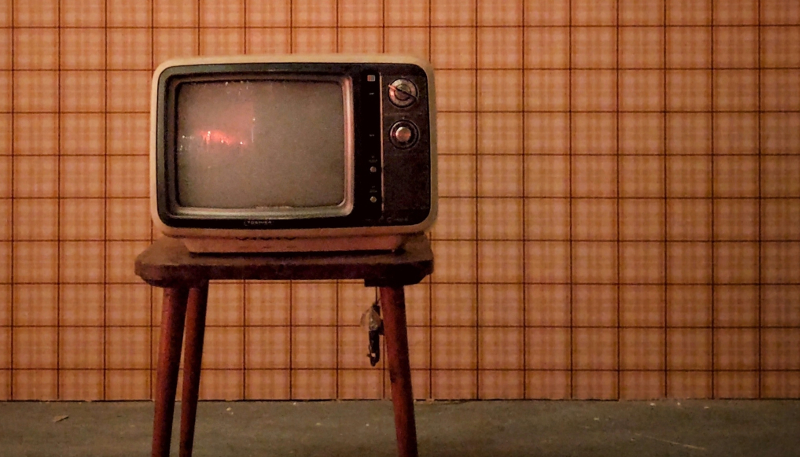 If you’re planning a TV pilot episode then this book, Story Maps: TV Drama. The Structure of the One-Hour Television Pilot by Danial P. Calvisi packs a far greater punch than you might expect from such a slim volume. It describes the key components of a modern TV pilot. Then, by breaking down a set of existing shows, it demonstrates these conventions in action. Calvisi analyses eight famous pilots including those of Game of Thrones and Breaking Bad and demonstrates that, despite the diversity of the shows, the patterns he describes play out in all of them.

A few months ago I was asked to pitch my novel in progress. The project is not yet at the stage at which I can hawk it around, but it’s always good to get feedback, so I went ahead and put a package together.

The feedback came back: “Nice idea, but we want a script. Can you do a script?”

Now, this is a long shot and likely nothing will come of it. But a challenge is a challenge. So I was suddenly required to think like a TV writer and to do it fast. As usual, I turned to books.

As a general primer,  Crafty TV Writing by Alex Epstein, which was already on my shelf, is an excellent starting point. My edition is a little dated, however, and it doesn’t focus on the pilot episode. For the new writer, it argues that the way to go is a spec script. This is essentially a script for standalone episode in an existing series written chiefly as proof of talent — probably with a view to getting hired on to a writing team. With the proliferation of streaming services in recent years, however, it seems that the spec script has been joined by the TV pilot as a vehicle for the new television writer. Here is William Rabkin in the excellent Writing the Pilot

Suddenly it’s possible to create a script outside of the standard television development process and see it turned into a series.

Even if you don’t sell your series, the spec pilot is an increasingly useful script to have your portfolio.

Story Maps focuses on story structure and it’s not for beginners. If you need help building a character or formatting a script then there are other places to go. But if you need to know the beats to hit when you break story, how many pages you should aim for, where to place your act breaks you really can’t do much better.

The extent to which even innovative TV shows like Breaking Bad conform to a conventions of story structure is particularly interesting. On reflection, of course, this is not particularly surprising. A TV show has a limited span and its acts are typically constrained by the need to break to adverts. In order to keep viewers watching through the beer and hairspray commercials you’re going to want to end each act on a moment of high interest — if not an outright cliffhanger. Even those shows written for presentation on streaming services will often follow a similar act structure since they often end up airing on other networks across markets and over time.

In which I try to distill some of the actionable content you might find in a proper reading of a craft book. Remember it’s a flavour not the whole meal. Go buy the book and feast on the real vittles.

Decide what kind of show you’re writing – is it a procedural (standalone episodes), a serial (season long story arc) or a hybrid (story of the week combined with serial aspects)?

Pilots typically come in two modes. A premise pilot provides the origin story for your show, and may not be typical of most later episodes. A ‘third episode’ pilot drops the viewer into a fully formed story world – often with a ‘newborn’ character who must be shown the ropes as a proxy for the viewer. While the premise pilot allows you to properly build your world, the trade off is that your reader (and it is almost certainly a reader you’re thinking about at this point) will not necessary get a good sense of the majority of episodes in the season. The Walking Dead pilot ‘Days Gone Bye’ is a good example of a premise pilot. The protagonist, Rick, is not yet reconciled with his family or part of a wider group of survivors. Although it’s one of the great modern pilot episodes, it remains something of a prologue. Going for a ‘third episode’ pilot brings its own problems — you must juggle the business as usual apects of the episodes at the same time as bringing the viewer up to speed. No mean feat.

Once you’ve chosen your pilot type it’s time to plan the episode itself.

This is perhaps the real meat of the book — the part you will return to over and over again. You can play this section as an exercise on the Write This Now app.

What ground will it cover? Give a very brief impression.
This five to ten minute segment should introduce character and theme in an effective visual way. It should also provide a framing device and a catalyst. Simples.

How do you introduce your protagonist?
SHOW his/her characteristics in a visually strong capsule

What is the framing device?
eg both The Walking Dead and Breaking Bad start with a flash forward, Mr Robot offers an incident that reveals character (Eliot confronts a pedophile whose activities he exposed through a hack)

How does the teaser express theme?
What is your episode ABOUT — can you suggest that in this brief sequence?

Show the world.
How do you introduce the flavour of this world in this scene (The Walking Dead shows a post disaster world and a zombie child, Game of Thrones shows the wall and the world beyond it.)

Main conflict
Does it feature in the teaser?

This is often the longest act. It should have a complete structure of its own – ie. beginning , middle, end – with a cliffhanger at the end. It should provide the inciting incident.

‘A’ Story – what happens in your primary story?
This is the protagonist’s external quest.

‘B’ Story – how does it feature here?
This is key secondary story, that fleshes out deeper theme or season-wide story (Hamlet and Ophelia)

‘C’ Story – how does it feature here?
Story relating to supporting characters (Polonius and Laertes)

‘D’ Story – do you have one? How does it play out?
This is a supplementary story – very much optional (Rosencrantz and Guildernstern_)._

New arrival
Are you using a naive character who tours the story world and must be tutored?

Dynamic ally
The Horatio to your Hamlet.

Theme – how is it shown?
It should become entangled with the protagonist’s mission

How does conflict escalate throughout the act?
Tension should build.

What is the inciting incident?
This is the event that propels the protagonist deeper into the story — it should be a ‘no turning back’ moment.

Act out – how does the act end?
Surprising and yet inevitable ending. This may be an urgent complication of the inciting incident.

Tension ratchets up in this act. Efforts to escape the bind that ended Act One, while initially successful, drive the action to a First Trial and then to a midpoint turn.

New complictions to A, B, C stories

New question/challenge
How does the act end?

The ramifications of the midpoint play out. A major confrontation. Defeat seems a real likelihood. The protagonist takes control.

Aftermath of midpoint
What are the consequences? What actions do the protagonist take?

Shadow showdown
A conflict or at least tension between shadow and protagonist.

Integration of lines
Some story threads begin to merge.

Supporting stories play out. The protagonist takes action – which may result in a big loss or new stakes.

Integration, escalation, stopping points
Stories converge. Some may end – possibly to be resumed in future episodes.

If the climax did not happen in the previous act, here’s where we see it. Also a denoument and hint of future action

Climax
The final battle. A confrontation that leads to success

Epilogue/The new world
How is the world of the story changed? What hints of things to come?