How I learned to relax and enjoy a StoryADay 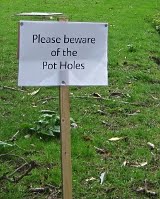 I’m nine stories into StoryADay.org. A challenge to write a story a day in May.

Actually, I haven’t written a single story. Unlike some of the challenge’s talented participants I can’t hope to write a story in a day. Not even a first draft. This is not the case for many others, though. I’ve read some seriously good and well-rounded work.

Jealousy aside, it’s time to get real. I can write, or I can plan a story. I can’t do both in a day. So I’m not trying.

My objective is to come out of the month with serious notes for thirty-one story ideas. Each day’s work should consist of a core concept, some characters, and a structure. It should include free writing that drips with ideas ripe for cannibalization.

Even that’s a tall order for me. Harder in a way than NaNoWriMo. At least with a novel there’s room for some bagginess. Having a hard day? Make your character dream about Micheal Portillo having sex with a badger. It might not advance the story, but it will be entertaining enough. “There!” screamed the Tory ex-minister with a toss of his hair, “Take that, you furry bastard!” Free word count.

So every morning I wake up in the grip of a panic. Nothing I did yesterday will give me momentum for today. Nothing. I’m starting cold again. And in the face of that kind of pressure I need a process. Here’s my StoryADay.org panic-avoidance routine:

Find a prompt or two
You might have thirty-one story ideas in your underwear drawer. I don’t. Most of my ideas are variations on ‘someone’s brain is stuck in a computer’. I’ve already done that twice this month, so I’m going to need new input. There are a bunch of places you can go for prompts. StoryADay.org itself has a useful resources page. If you have an iPhone or Kindle you can spend a couple of bucks on 200 Prompts. If you have a poetry anthology, you can simply open a page at random, close your eyes and stab your finger down at a line. Pick out two or three prompts. You can add a visual dimension by poking around flickr.com for images. Also check out the brilliantly named riotclitshave‘s pages on livejournal.

Free write
Free writing is a bit like meditation. It often turns out hard to do something so easy. The trick is to avoid thinking too much about what you’re doing. Of course, as soon as you try this you begin to think about nothing but what you’re doing. Actually one way round this is to begin precisely with metawriting. My prompt this morning was about breathing and not breathing. Here’s how I began:

Not breathing. Write about not breathing. He took a breath and nothing came. Panic. Empty pure panic, scrabbling fear. That there could be nothing, life extinguished so completely and so immediately. With his mask pulled tight over his face, sucking inwards like the plastic bags his mother had said not to wear.

And on I burble. I quickly leave the notes-to-self behind. If I’m lucky, I settle on something that might be useful right away. More often than not I end up with ramble of associations and images. Nothing wrong with that.

If you find this difficult there are some writers’ groups that specialize in this kind of writing. In these workshops you write for timed sessions of 20 minutes or so, and then read out your work. All feedback must be positive, so the risk is minimal, but the pressure of writing for presentation tends to focus things. If you’re in the SF Bay Area, and you’re interested in this, you should check out the workshops Chris DeLorenzo’s runs here and there. I’m sure there are equivalent sessions in your area, though.

I limit myself to ten minutes a time for free writing, and I might take up to four sessions. If necessary I grab new prompts along the way.

Have a what-if session.
By this stage I might have some possibilities. Maybe a character or two. Some nice images. If I’m lucky I might have a sense of some story possibilities. It’s time to play around with the ideas generated so far. I set my timer for ten minutes and churn out as many what if… possibilities as I can think of. If a really strong candidate presents itself, I might use some of the time working through it, just writing out the bare bones of the idea’s implications. I’ll repeat this exercise as necessary.

Go for a run
Or bake bread. Or dig the garden. If I started in the morning, it’s probably lunchtime by now. In addition to the previous exercises, I’ve immersed myself in paying work. I’m worrying away at the story’s problems, and I’m too close to it now. Doing something mindless (or you could say meditative) buys me some distance. Then, if I’m lucky, I make connections I might otherwise miss. At other times I run with music on. Actually, I’ll admit it, I usually listen to an audiobook. For this stage to be useful, though, I need silence. I’m not very good at silence, so I wait until halfway into my run before I turn off the iPod. After that, I don’t have to try too hard. My mind returns to the problem as I run. One run in two, something genuinely usable happens along, and I find myself scrawling down notes before I run the shower.

Find a structure
By now I might have a few possibilities. Now, I round things off by attempting to pace them. If it’s a genre story, I’ll use the basic structure I wrote about a while back. The point here is to keep things tight. This is hard for me. I tend to sprawl. Sometimes at this stage I discover I can cut my idea in half and still have a working story.

Move on
Most days so far (we’re on day 9 now) I have something I can just about live with by now. Or at any rate, I have a story idea. Now I have to turn my back on it. I can’t afford to become attached, or worried. I mustn’t read the storyADay.org site, where people are even now posting their polished and complete-seeming stories. Time to reset, and get ready to start again tomorrow.