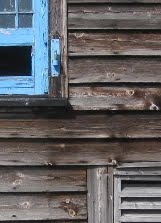 Always the bridesmaid I may be, but once again, I’m more than delighted to have made it that far. Actually I’m kind of ecstatic.

I heard about the Five Days in May competition last Tuesday at the BBC Writers’ Room workshop which was part of Everyword. The challenge was to write a ten minute play for radio or TV inspired by the gap between the British election and the formation of the coalition government.

With a day job, more Everyword workshops, the Story a Day challenge, and the prospect of a weekend away ahead of me, the deadline of June 1 seemed especially tight.

But I have been thinking about radio for a while. I’m something of an obsessive radio listener. Radio drama in particular is appealing because of the incredible scope it offers. You can send characters to any place or time you can imagine. You can unleash thousands of howling orcs upon an army of snarling horse-sized wolves. Or you can enter the mind of a character, hitch a ride on the flow of his thoughts as he confronts a challenge, reaches a decision, deceives himself for the last time. And you don’t have to think about budget.

But you do need to have an idea and then a script.

I have my opinions about the election. But opinions aren’t always the best starting point for fiction. Essays and journalism are better media for that, I think. I wanted something a little more oblique.

I used my Story a Day process to work on a plot. Nothing immediately presented itself, though.

It was the radio that gave me the clue. I heard about a certain African queen who had a head struck from a statue of the Emperor Augustus and buried at the steps to a temple. That way worshippers would trample the Roman as they arrived and left.

Augustus got the last laugh, since this is the head that now sits, green with corrosion and a little mad eyed, in the British Museum in London.

Anyway, this got me thinking about his own unlikely alliances. How, back when he was just plain Octavian he set out to destroy Mark Antony as part of a force lead by those who were implicated in the murder of his own adoptive father, Julius Caesar. How his forces defeated Mark Antony at Mutina. But how, a few months later he, Mark Antony, and Lepidus formed the Second Triumverate.

What did the soldiers feel when the sands of allegiance shifted and rendered their cause obsolete? Were the stirring speeches of their generals just forgotten? Did the prospect of peace and power eclipse their desire for revenge?

After Mutina is a radio play about an imagined negotiation between relatively lowly soldiers loyal to Mark Antony, and a scout sent by Octavian. These are talks about talks. But one legionary in particular is angry that the deal-making will make friends of enemies he is not ready to forgive.

I think the story is a gem, but the execution was necessarily a first draft — a back of the envelope affair. So I’m completely, unreservedly, and grinning-like-an-idiot delighted to say that I was shortlisted. That means I got to the a final eight out of 226 entries. This is why we do this stuff, is it not? Happiest. Bridesmaid. Ever.