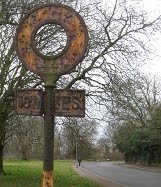 I’m not blocked. I’m not sure I believe in being blocked. I’ve just been outside of writing for a while. Despite my 10 minute writer trick, something about the move threw me. I have been keeping up with my contractual obligations. I’ve done a little teaching, written code full time, stayed on schedule for a non-fiction book. But for some reason fiction, and everything related, the stuff that matters, have remained remote. Until today.

I get the same way with running. When I’m training properly, I can summon a nice halo of smugness. I have a calorie buffer that justifies a beer or two (though perhaps not the amount of beer I actually drink, but we’ll let that slide). Then when I stop running, and settle into phase of lardarse slobbery, I don’t shake the habit of thought. I remain a runner for a while. As if having run a little once means anything at all right now. As if you’re worth any more than the miles you covered in the last week.

So it has been with writing. And the more I don’t write, the less I feel able to get back to it. It’s like a revision timetable left too long. Returning to the book might reveal that it’s all too late, so I stay away. And yet, to start a new story or novel would betray the project. If the first rule of writing is write, then I believe the second rule is probably finish. Everything in between will fall into place if you obey those two. Probably.

Today I finally found a cafe in my new neighbourhood that understands the importance of decent espresso, and I wrote 500 words. They weren’t great words, I don’t think. But they related to my novel, and they were the 500 words that come before the 500 I’ll write tomorrow. And so on. A new link in the chain. From now on, no other work begins until the quota is met. Why only 500? Because, with what I’ve got on at the moment, that’s an achievable target.

While I’m here, I should admit that something’s gone screwy with my blog template’s commenting interface. Other people seem to be able to comment fine, at least some can. But my own comments quietly disappear into oblivion. So to dirtywhitecandy and LadyGlamis who commented last week – thanks!