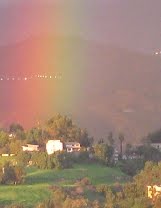 My boy Ben had been through a bad few days, and he was feeling pretty low. What’s more it was all his fault. He’d not behaved well, he conceded, and he was beating himself up about it. He’d let some people down, got his signals crossed, and then, trying to improve the situation, he’d engineered a colossal mess. Now he sat on a kerb at dawn and pondered his folly. Before him an army mustered, about to march to a defeat he had helped hasten. No wonder everyone hated him.

But, as his god, I needed him to bounce back. I needed him to come upon a plan to rescue the situation. Just a little epiphany if you please. With a nudge from me, he’d elbow his way up to the captain, push aside bodyguards and objections alike, and lay down his solution. He’d be on his way to a possible redemption. Or maybe a whole new low. Either way the plot would advance.

And so up he jumped, opened his mouth, and turned my story on its head. The little bastard ambushed me.

It’s a cliche, I know it’s a cliche. And quite an annoying one too. I’ve always thought that there was something disingenuous about authors who make claims for the independent lives of their characters. A bit like people who think they were Napolean’s adjutant in a past life, or that their cultural accident of a religion is somehow truer and more eternal than anybody else’s. It’s a nice story, but it’s just that. A story.

But up they pop, these writers, on Desert Island Disks or some weekend Review section and claim that their characters lead them round by their nose. “I just let them go where they will”, they say, “they like to surprise me.” Those scamps have a life of their own.

I don’t take sides in the structure war. As far as I can see, an outline-first approach and a write-edit-rewrite model are just different ways of doing the same thing. I have attended workshops led by one published writer who maintains that he never outlines. He writes very very thin first drafts, and then substantially rewrites in subsequent passes. It occurs to me that one person’s thin first draft might be another person’s fat outline. By making your outline fat, though, maybe you introduce opportunities for surprise.

Once you’ve got over the cutesy muse thing, I believe you can find something useful in the independent character phenomenon. There’s a lot of stuff going on in our minds that we can’t grasp rationally. That has to be true, otherwise I wouldn’t dream better stories than I write, or make such consistently terrible decisions. If you’re making up stories, you’re doing your damnedest to escape the grip of the rational, or at least to pull yourself some slack on the lead, and free up your unconscious. And where, with all those characters floating about is that joker going to hide out?

Which is my way of excusing myself for describing my own-character-gone-wild moment. I intended Ben to make his case with humility and the power of argument. Instead, he got angry. Really, really angry. I guess we’d all been pushing him around a little too much of late.

The anger was a surprise, but it’s not what changed the game. That happened when he spread the blame. He turned on his accusers and flipped the disaster. In Ben’s mind he became a scapegoat for their plots and failures. He turned conspiracy theorist and rewrote the terms of the story. And guess what? He only went and improved it. Suddenly everyone’s motives were murkier by a couple of shades. Events I had already written into scenes suddenly made sense in a new way. I’m not sure if Ben’s interpretation was correct for the story he found himself in at that moment. But he’d just written himself a better story to be in. And I’m not going to argue with that.

Who came up with that new dimension? Well I did, of course. It’s just that I needed a conduit to tell my stupid self about it. There’s nothing magic about it, really. When we write, we’re role playing in our heads, after all. And, when you play make-believe, sometimes you’ll surprise yourself. If you’re lucky.