Stripping down an SF story (Part 1) 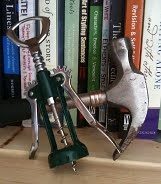 I write a story. I make it as good as I can. Then I submit it.

Sound sane? Then you’re crazy. There’s a key step missing here. I have not been making any serious analysis of the kind of story that my target publications actually want.

To put that right recently (and it’s depressing that I’ve taken so long to come round to this) I’ve been dismantling published stories in my target publications to work out how they hang together. The process has changed the way I think about writing a genre story.

I started by taking apart a nice story called “The Long Retreat” by Robert Reed. It was published in this month’s Science Fiction & Fantasy magazine (total spoilers ahead, don’t proceed if you’ve been saving up this month’s SF&F for a read down the pub). In this, and in the next post or two, I’m going to share my workings. This is part of a new site feature I’m trying out under the tag ‘noteshare’. In noteshare posts I’ll be, er, sharing my notes.

Let’s kick off with a story summary.

Here’s the story in outline:

Title: The Long Retreat
Author: Robert Reed
Published: SF&F Jan/Feb 2010
Length: 8k approx
Pages: 22
**
Scene 1: On the beach**
Castor is an army lieutenant and the assistant to an ailing Emperor. They are on a beach with a small retinue in ragged retreat. Castor notices, and takes against, a young officer he nicknames ‘Girly Young Man’ who is clearly ingratiating himself with the Emperor. GYM proposes escape by boat. The Emperor agrees, and GYM is sent off to get the boats.

Scene 2: The Map Boxes
Map boxes are brought out. The enemy fires a huge gun, raises tension but doesn’t hurt anyone. GYM is called Rake, we discover. Rake competes with Castor for status as useful young officer, and for a place on the retreat boat. The Emperor chooses who will accompany him. Two minor characters are introduced: General Hawthorne and Field Marshal Zann. Tension: will Castor be included? Yes. He’s now committed into the story.

Scene 3: Boarding the Boat
They board.  The Emperor is unpleasantly ill, making him a figure of disgust, and calling his near-divinity into question. The general washes the Emperor. Castor asks Zann when the nature of the war will change. Zann reveals the immense immeasurable size of the realm. Any attack must fail because no supply line can stretch far enough to outstrip a determined retreat.
**
Scene 4: Rake is not my enemy**
Castor decides that Rake is not his enemy. Emperor remains sick. There is mist, hiding their path. The young men speak. Rake points out no-one knows who the Emperor is. So what if this Emperor is an imposter, and the real one is elsewhere. The Emperor is a story. Independent of individuals.

Scene 5: Emperor talks to Castor
The Emperor calls for Castor. He claims to know that someone is going to try to kill him. He says that he kept Castor a lieutenant so that he could watch and learn. He asks about Castor’s gun. Is it loaded? Is he a good shot? He says that he knows who will attack him, he knew it on the beach, and that’s why he chose his companions as he did. Before he can reveal he flags and Hawthorne ends the conversation.

Scene 6: The assassination
Castor asks Zann if he believes the Emperor to be sane. Zann says that he is sane and lucid. Castor kills everyone on the boat but the Emperor. He tells him that he killed them because he believed the Emperor did not know who the assassin was. The only solution was to kill them all. The Emperor takes Castor’s weapon. He says he thought Castor might do something like that. He says he is tired of his people, and there is one more suited to rule. He reveals that the assassin was not among the dead. He kills himself (the act is left implicit).

Scene 7: The Emperor returns
Mists clear. Because no-one knows what the Emperor looks like Castor is able to make landfall as Emperor. A young boy challenges him, but Castor is quickly accepted. The boy becomes his protege. He bids the people to form a militia and prepare for counter-attack. He promises to lead the people to an isolated valley where they will seal themselves in and win the war for All Time.

In the next post I will discuss some of the interesting features we can find in this story.