Stripping down an SF story (Part 2) 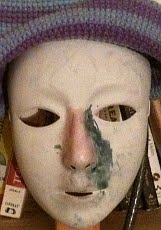 In the last post I summarized a story by Robert Reed by breaking it down into scenes. That seems a useful way to start, because at once we get a sense of the structure.

This time, I’m going to look at some interesting features of this story.

Who is the protagonist?
This is a first person narrative, and it follows an established pattern. A faithful servant replaces his king and restores order. It’s interesting, though, that in this case the only real instigator throughout is the Emperor himself.

In fact this is the story of a ruler who plotted his own death, and schemed for his own successor. The assassin is the Emperor himself, of course. He tricks his lieutenant into fulfilling his destiny. This agency is disguised by a familiar structure that would have Castor as the protagonist and Rake as his opposition.

Rake too is a puppet. He is set up as a villain, but in fact does nothing untoward but suggest that the Emperor might be an imposter. In this he simply aids the Emperor’s plot.

At one point Rake insists that the Emperor is a story, and that’s important since it’s this that allows Castor to become Emperor himself. But in an important sense, the Emperor is the story teller, putting these puppet archetypes through their paces.

So can we take a writing rule from this? I’m not sure. On the one hand I like the cleverness of it. It adds an additional reveal to the tale. The ailing and piss-smelling Emperor was in control all along, we discover.

On the other hand Castor’s journey is limited by the requirement that he remain the good servant throughout. He never really changes. The drama is limited by the lack of opposition, either to Castor or to the Emperor. This is the story of a plot that is perfectly conceived and executed.

Perhaps we can say something about SF in general here. Cleverness is satisfying in itself. SF, more than any other genre, is about the reveal. The cleverer, more multi-layered the reveal, the more satisfying the story. That isn’t to say that traditional story elements such as tension, character depth, character arc, conflict, and so on aren’t important. It’s just that in the short story the reveal trumps the lot.

At the end Castor is freed, but really he remains a slave to the story’s cycle. He’s emperor now. He takes on a protege, his own Castor, and there’s every sign that he’s trapped as the wheel turns again. It’s true that he promises to challenge inevitability. He wants to close up his kingdom, make it small. This is a nice sting, but it’s too little, too late to rescue him as the agency of the story.

Who is the opponent?
If we pretend for a moment that this story is the one that the Emperor tells through his puppets, then the prime candidate for this role is Rake. It’s interesting that Rake and Castor are more similar than they are different. They are both young and ambitious, both compete for the same patriarchal approval, and both are highly ambivalent about their ruler. Rake takes things a twist further than his rival, he’s actively competitive, he wonders aloud about the Emperor’s identity. That’s not enough to make him much of an antagonist of course. Still the similarities and differences between the two characters nicely illustrate a point that John Truby makes in The Anatomy of Story:

The contrast between hero and opponent is powerful only when both characters have strong similarities. Each then presents a slightly different approach to the same dilemma. And it is in the similarities that crucial and instructive differences become most clear.

As things turn out, I’m hard pressed to find an antagonist.

Does the story make sense?
It doesn’t really, does it? The Emperor’s plot presumably requires that he remove those people who would recognize either his own person or Castor’s. He bets that those he left behind on the beach will be killed. Perhaps he thinks that Rake and the senior officers might be resourceful enough to survive and challenge the new Emperor, so he keeps them close so he can see them killed.

But why put Castor through the charade he does? Why not just order him to kill everyone on the boat? I think the answer is that the logic of the story overrode the logic of the Story World.

There are some Story World issues too. We can buy an endless territory. Why not? But if a world has railways and outboard motors, then presumably paintings if not photographs could easily have been disseminated, and therefore would have been, spreading the likeness of the Emperor, and scuppering Castor’s ascension. Reed could get round this by making photography taboo, or introducing some other magical overcomer of objections.

What’s the premise?
Something like this, perhaps: An unending kingdom defeats any invasion and makes its ruler immortal.

Or perhaps: An emperor is tired of his life and his subjects, so he engineers his own death, and the accession of his assistant.

Notice that there are two kinds of premise. One story based, and the other based on the Story World. In fact we should probably merge them into a single premise, but separating them reveals the extent to which these two aspects both exist in tension and depend upon one another in SF.

What are the reveals in this story?
There are two kinds of reveal here. Plot and setting.

There are two crucial Story World reveals. First that the kingdom is very very big. Second that no-one but the small retinue know what the Emperor looks like. The second is presumably (but not necessarily) a consequence of the first.

Within the plot we learn that there is an assassin at large, that it is the Emperor himself, and that (pay off!) Castor takes his place. The Story World reveals enable the plot level revelations.

Learning the nature of the Story World is as much part of the satisfaction of an SF story, as are the twists of plot and character development.

In the next post, I’ll distill this story down to a structure, and some rules, that might be used to create new stories.