Stripping down an SF story (Part 3) 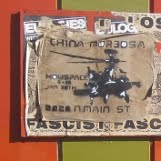 I’m returning to this after a short break (sorry about that – turns out that preparing to relocate to another continent is something of a timesuck).

In previous posts I summarized a story by Robert Reed, and looked at some of its features. This time I’ll boil the story down to its bones. My objective here is to see if the revealed structure might support new flesh.

Here’s how I read the structure:

Introduction
The story kicks off with a number of elements that might well be applied to new projects. First of all, we are right in the midst of action. No-one’s waking up and getting dressed, or examining themselves in the mirror with a critical eye. We’re in retreat, with the enemy at our backs.

Let’s ignore the fact that Castor and Rake end up being rather lacklustre opponents, their antipathy is set up fast and efficiently here. Castor is resentful of Rake, and sees him as a threat. They seem to be competing for the same ends (survival, the approval of their Emperor).

Inciting Incident
This is the gateway to the story. Once through this door the hero is committed to the narrative, there’s no turning back. Getting onto a boat with an enemy at your back achieves that admirably. It’s also an initial skirmish in the hero’s struggle. He’s competing with Rake for one of a severely limited set of spaces.

One thing that’s missing here, but might be present in other stories, is something about the incident that drives the hero forward. It often engenders need (for revenge, for love, for survival).

First story world reveal
A while back Charlie Stross wrote a great piece about why he hates Star Trek (TNG). It seems that STTNG script writers simply wrote the word tech whenever they wanted technology to feature in the story. “Geordie, can we tech the tech?”

As a rule, in both good SF and Fantasy, the setting is a serious player. The characters relate to it in complex ways, and the plot is enabled by it. Simply having a magic crystal turn up at the last minute to open a conduit through time is not the same thing at all (I’m looking at you, Doctor Who). That’s just called cheating.

In this case the endless size of the realm is established. It’s this that informs all military strategy, we learn, and the story is to bound up in this premise.

Here’s another illustration of this at work. It’s is a digression in The Hitchhiker’s Guide to the Galaxy:

Plot development
Although situational reveals are important and satisfying elements in many SF stories, they are rarely enough in themselves. The plot must thicken, and we must learn something relating to people and their motivations. The Emperor is threatened. The source of a fateful insult is discovered. New action is set in motion.


Conflict/action
Story context and motivation come together, and something important happens. There’s conflict. Castor kills his compatriots. The fleet attacks.


Full plot reveal/plot climax
The conflict has meaning, and we learn something new. This is the real pay off. Everything really comes together here.

We learn that the Emperor has been playing Castor all along. He has a plan, and it will only work because of the second story reveal (that no-one knows what he looks like). The story climaxes with the Emperor’s suicide.

In Adams’ compacted tale, the pocket sized nature of the fleet enables the ending (the second reveal), as does the fleet’s attack (the conflict/action). And obligingly, if unwittingly, the dog provides the climax by swallowing the fleet.

Dénouement
SF loves myth, and myth is all about the cycle. Journeys often end where they start, but with a twist. Castor is the emperor now (thanks to the story world, and to the previous Emperor). He acquires his own lieutenant, and the cycle is set to resume. Except he hints at change. He is going to seal his people into a valley. Good luck with that. I suspects the force of narrative is against him ther. Still, we’re left with a sting.

Order is restored at this stage, but invariably also disrupted anew.

Well that’s a lot of work for one story. For me it was worth it. I can use variations on this basic structure for a number of projects I have been working on. And of course, I’ll keep on deconstructing other stories in this market to find successful formulations. I’ll be interested to see how rigid the conventions turn out to be.